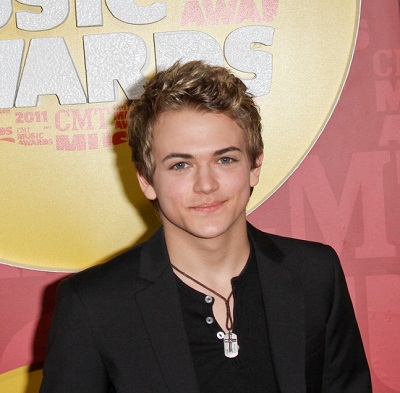 Hunter’s parents are both Cajun, and both have mostly French ancestry. His parents both have non-French roots. Hunter’s other ancestry is small amounts of German, English, and Northern Irish, remote Scottish, Welsh, Belgian, Swiss-German, and Spanish [Catalan]. Many of these ancestors assimilated into French culture, and many became Francophone.

One ancestor of Hunter’s is Jean George Stelly, who was born, c. 1716, in Halbershausen, Württemberg, Germany. Hunter is descended from Jean George, and from his wife, Marie Christine Edelmeier, at least six times. Hunter is descended from Robert Burleigh, an Englishman born in the 1700s, at least three times. Some of his English lines go back to 1600s Colonial America, and his Acadian French roots go back to Canada in the same period.

Hunter’s paternal grandmother is Mary Bergeron (the daughter of Willie/Will Jean/John Bergeron and Alfreda Trosclair). Willie was the son of Alexandre/Alexander Bergeron and Aide/Ida Pourciaux.

Hunter’s maternal grandmother is Lynn “Wileen” Simon (the daughter of Elton Joseph Simon and Enola Broussard). Elton was the son of Robert O. Simon and Anaise Vallot. Enola was the daughter of Roman/Romain Broussard and Euphrase/Euphrasie LeBlanc.

Hunter’s matrilineal line can be traced to Perrine Bourg, who was born, c. 1626, in Martaize, Loudun, Vienne, France.

Genealogy of Hunter’s maternal great-grandmother, Enola Broussard (focusing on her mother’s side) – http://worldconnect.rootsweb.ancestry.com