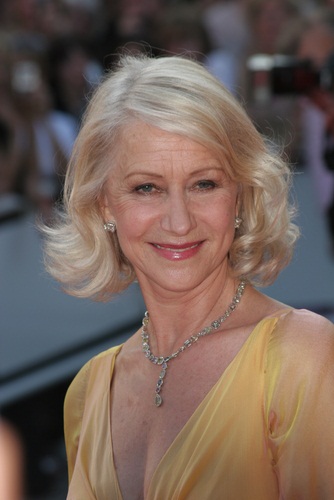 Helen Mirren is a multiple award-winning British actress. She won the Academy Award for Best Actress for The Queen (2006). She is also known for her roles in Prime Suspect, The Madness of King George, Gosford Park, The Last Station, The Long Good Friday, Calendar Girls, and Hitchcock, among many other screen performances, and for considerable work on stage.

Helen is the daughter of Kathleen Alexandrina Eva Matilda (Rogers) and Vasiliy Petrovich Mironov, later known as Basil Mironoff. Her father was of Russian descent. Her mother was English. Helen is married to American director Taylor Hackford.

Helen’s paternal grandfather was a Russian arms dealer who went to England to buy arms for his country. However, he could not go back to Russia due to the Bolshevik Revolution of 1917, and stayed in London with his family. He subsequently worked as a taxi driver. Helen’s father grew up in England.

Helen has evidently stated that her mother had Romani ancestry. It is not clear if this claim has been verified/documented.

Helen’s maternal grandfather was Arthur Rogers (the son of Henry Rogers and Matilda Bayley). Henry was the son of James Rogers. Matilda was the daughter of William Bayley.

Genealogy of Helen Mirren (focusing on her father’s side) – https://www.geni.com