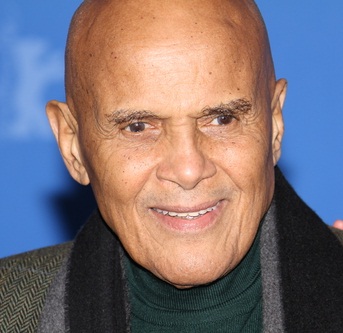 Harry is the son of Melvine Clarasteen (Love) and Harold George Belafanti/Belanfanti/Bellanfanti. His parents were Jamaican. Harry was sent to boarding school in Jamaica, until his return to the U.S. for high school.

Harry’s maternal grandmother was Sarah Jane Clarke/Clark (the daughter of Henry Clarke and Alice “Elsie” Allen). Sarah was born in Saint Ann, Jamaica, and had Irish and Scottish ancestry. Henry was the son of Robert Clarke and Elsie Hunter. Alice was the daughter of William Stephen Allen, and a of a woman surnamed Anderson.

My mother, Melvine Love, was a true Jamaican beauty of twenty-one, with dark eyes, high cheekbones, and a trim figure she held so straight that no one ever failed to note her sense of pride and purpose. She was one of thirteen children born to a farming family up in the mountains of St. Ann Parish, on the island’s north coast, her café au lait skin the telltale sign of her interracial roots. Her father was a black sharecropper, her mother the white daughter of a Scottish father who’d come to Jamaica to oversee a plantation for an absentee owner…

Harold was Jamaican and, like Millie, the child of a mixed-race union. His mother was a black Jamaican, his father a white Dutch Jew who’d drifted over to the islands after chasing gold and diamonds, with no luck at all, in the newly formed colonies of West Africa.

Genealogy of Harry Belafonte (focusing on his mother’s side) – http://www.geni.com