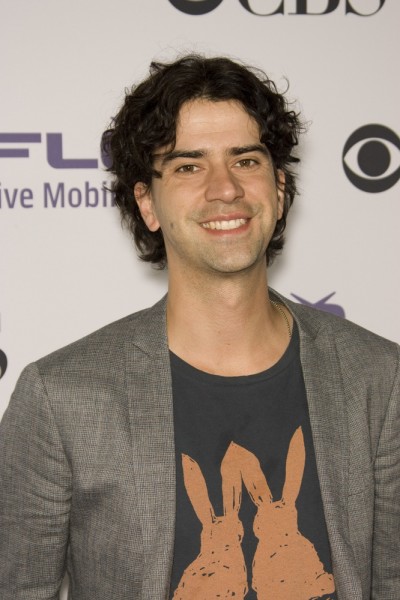 Linklater in 2008, photo by Prphotos

Hamish Linklater is an American actor. His roles include the series The New Adventures of Old Christine and Midnight Mass, and the film The Big Short, among many others. He is the son of Kristin Linklater, a vocal coach, acting teacher, actor, theatre director, and author, and James Lincoln Cormeny.

Hamish’s father, who was American, was of German, English, Irish, Scottish, and Swedish descent. Hamish’s mother was Scottish, and was of approximately one half Scottish, three eighths English, one eighth Swedish, and distant Belgian [Flemish], ancestry.

Hamish has a daughter with his former wife, playwright, screenwriter, and television writer Jessica Goldberg; and two children with his partner, actress Lily Rabe.

Hamish’s patrilineal line can be traced to Joseph Carmany/Karmanee, who was born, c. 1738, in Sudliche Weinstrasse, Germany, the son of Johannes/John Carmane and Maria Catherina Krauss.

Hamish’s paternal grandmother was Meredith Daphne Storr (the daughter of Percy Thomas Storr and Ethel Lilian Peterson). Meredith was born in Chicago, Illinois. Percy was born in Illniois, to an English father and a Swedish mother. Ethel’s father was Swedish.

Hamish’s maternal grandfather was Eric Linklater (Eric Robert Russell Linklater, the son of Robert Baikie Linklater and Mary Elizabeth Young). Eric was born in Penarth, Vale of Glamorgan, Wales, and was raised in Scotland; he was a writer who also helped found the Scottish National Party. Hamish’s great-grandfather Robert was the son of Magnus Linklater, from Harray, Orkney, and of Mary Marwick, from Birsay. Hamish’s great-grandmother Mary Elizabeth was the daughter of James Young, who was Swedish, and of Sarah Elizabeth, who was from Braunston, Northamptonshire, England.

Genealogy of Hamish’s mother (focusing on her father’s side) – http://robertwhitton.eu