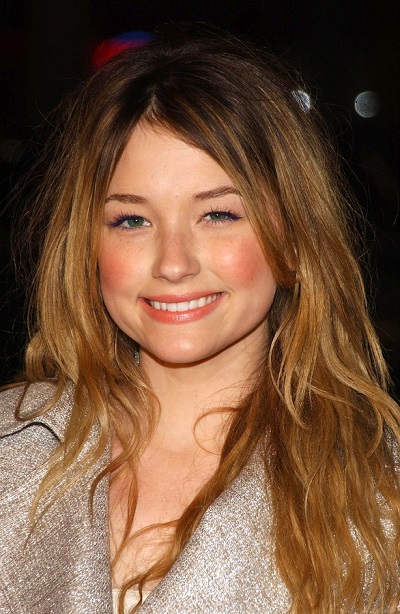 Bennett in 2006, photo by s_bukley/Bigstock.com

Haley Bennett is an American actress and singer. She is known for her roles in the films Music and Lyrics, The Girl on the Train, Hillbilly Elegy, and The Equalizer, among others. She was raised partly in Naples, Florida. Haley has one child with her partner, British film director Joe Wright.

Haley’s ancestry is English, German, Scottish, Irish, Scots-Irish/Northern Irish, Lithuanian, and African-American, as well as distant Swiss-German, and remote Dutch and French. Her maternal great-grandfather, Vernon McFadden Dorsey, was black and was listed as black on U.S. Census Records, as were both his parents. When Haley’s maternal grandparents married, her biracial grandfather was listed as “white.”

Haley’s paternal grandfather is Thomas Marshall Keeling (the son of Thurston Keeling and Alice Lorene Fritz). Thomas was born in Ohio. Thurston was the son of Thomas Sylvester Keeling and Annie Day Wade. Alice was the daughter of John William Fritz and Mary Willie Hurt.

Haley’s maternal grandfather was Darryl Vernon Dorsey (the son of Vernon McFadden Dorsey and Georgia/Georga Belva “Dee” White). Darryl was born in Cleveland, Ohio. Haley’s great-grandfather Vernon was the son of Price Charles Dorsey and Mary Elizabeth Josephine Wright, who were African-American. Georgia was caucasian, and was the daughter of George Steven White and Edith Bell/Marie Gillespie.