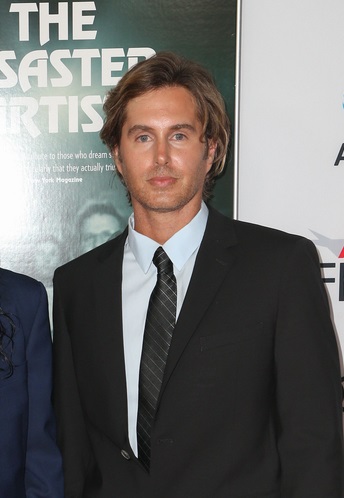 Greg Sestero is an American actor, model, producer, and author. He is known for his role in the film The Room (2003), and for his friendship with its filmmaker, Tommy Wiseau. The film’s production was dramatized in the 2017 film The Disaster Artist, which stars Dave Franco as Greg.

Greg is the son of Marie-José and Richard Sestero. His father is of Italian and Irish ancestry. His mother was born in Grenoble, France, and has Sicilian roots.

Greg’s paternal grandfather was Enzo F. Sestero (the son of Ettore Sestero and Fosca/Tosca/Fosia Ermini). Enzo was born in New York, to Italian parents. Ettore was from Sant’Antonino di Susa, Turin, Piedmont, and was the son of Luigi Sestero and Margherita Neirotti.

Greg’s paternal grandmother was Rose Elizabeth Sheridan (the daughter of Francis P. Sheridan and Katherine/Catherine V. Gaffney). Rose was born in New York, to Irish parents. Francis was the son of Patrick Sheridan and Mary McNally. Katherine was the daughter of Edward Gaffney and Rose Daly.