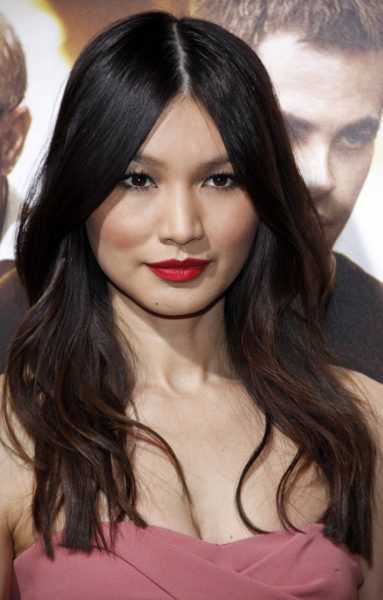 Chan in 2014, photo by Starfrenzy/Bigstock.com

Gemma Chan is a British film, television, and theatre actress, and fashion model. She has appeared in the films Transformers: The Last Knight, Crazy Rich Asians, Let Them All Talk, and Eternals, among others.

Her father grew up in Hong Kong. Her mainland Chinese mother emigrated from Communist China, before the Cultural Revolution; she moved via Hong Kong to Greenock, Scotland, where she grew up.

Gemma has said of her maternal grandparents:

They managed to escape Communist China just before the Cultural Revolution, after the Great Leap Forward, which had been a disaster. They felt Communist China had no future. They’d seen terrible things – people starving to death – and thought, ‘This is not where we want to raise our children.’ They were a nurse and a teacher… They managed to get to Hong Kong. My mother said she remembers the night they left: they couldn’t tell anyone they were going, because everyone was encouraged to inform on their neighbours, their friends.