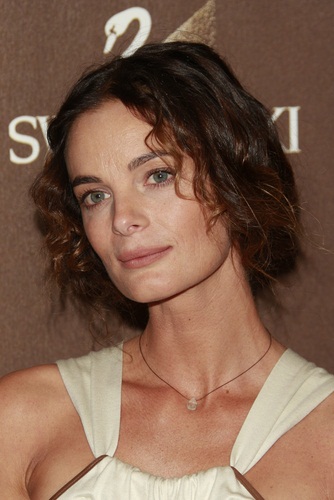 Gabrielle Anwar is a British actress. Her roles include the films Wild Hearts Can’t Be Broken, Scent of a Woman, For Love or Money, and Body Snatchers, and the shows Burn Notice and The Tudors.

She is the daughter of Tariq Anwar, a film producer and editor, and Shirley Hills, an actress. Her father was born in Delhi, India, of half Indian Muslim and half Ashkenazi Jewish descent. Her mother is English.

Gabrielle’s paternal grandmother was Edith Reich (the daughter of Otto Reich and Else Enter). Edith was an Austrian Jew.