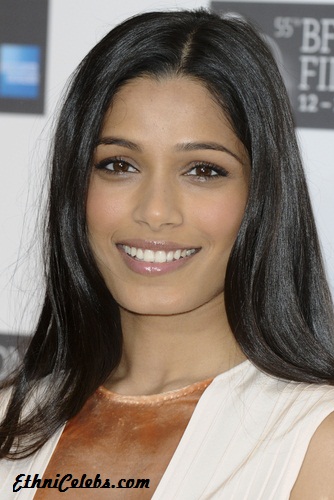 Freida Pinto is an Indian actress and model. She was born in Mumbai, and rose to fame as Latika in her debut film, Slumdog Millionaire. She has also had lead roles in Immortals (2011), Rise of the Planet of the Apes, Hillbilly Elegy, and Mr. Malcolm’s List, among other films.