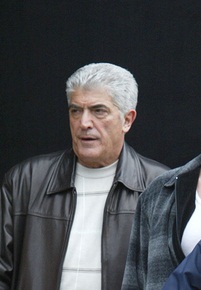 Vincent in 2003, photo by anthonyshutterstock/Bigstock.com

Frank Vincent was an American actor, musician, author, and entrepreneur. He is known for having starred in many mob-related films and series.

Frank was married to Kathleen Vincent, until his death, with whom he had three children.

A picture of Frank’s paternal grandparents can be seen here.