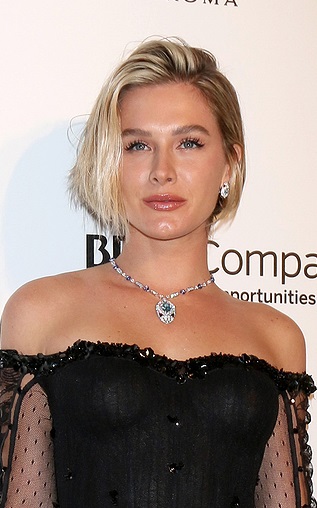 Fiorella Mattheis is a Brazilian actress, model, television presenter, and entrepreneur. She is the founder and CEO of startup Gringa.

Her father is race car driver Andreas Mattheis, who is mostly of German descent. His Colin line can be traced to Jean Julie Colin, who was born, c. 1778, in Chalezeule, Doubs, Franche-Comté, France. Her mother is likely of at least half Italian descent. Among her siblings and half-siblings is race car driver Rodolpho Mattheis. Fiorella is married to Roberto Marinho Neto.

Fiorella’s maternal grandfather was named Gilberto Gelli (the son of Aldo Gelli and Nair). Aldo was the son of Filippo Gelli, who was born in Comacchio, province of Ferrara, Emilia-Romagna, Italy, and of Zaira Cinti.