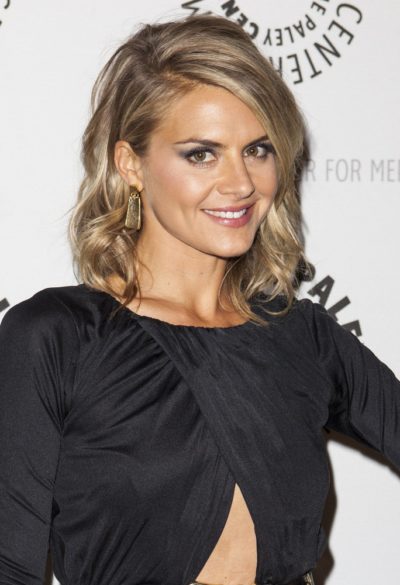 Eliza Coupe is an American actress and comedian.

Her father is from Harrisville, Rhode Island, and has recent English, along with some Scottish, ancestry. Her mother is from New Hampshire, and also has English roots.

I have wanted to learn French forever, I’ve been determined to move over there and just be over there for the rest of my life. But I don’t know French, and my family’s French.

However, it is not clear whether Eliza’s French ancestry has been verified/documented.

Eliza’s paternal grandmother was Helen B. Whitehill (the daughter of Alfred Parmenter Whitehill and Sarah Edna Gay). Alfred was the son of John Whitehill, who was Scottish, and of Elizabeth A. “Lizzie” Parmenter. Sarah was the daughter of Jabez F./Spurzheim Gay and Bethia A. Bailey.

Eliza’s maternal grandfather was Carlton Ray “Cappy” Newell (the son of Guy J. Newell, Sr. and Mabel Melissa Woodin). Carlton was born in New Hampshire. Guy was the son of Leonard A. Newell and Elizabeth Johnson. Mabel was the daughter of Charles A. Woodin and Sarah Norris.