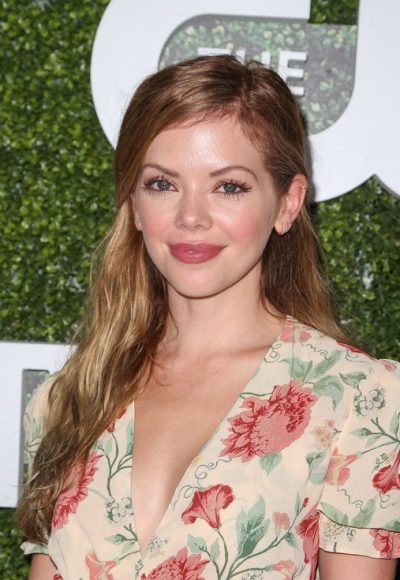 Dreama Walker is an American actress. She starred in the film Compliance (2012), and is also known for her roles on the shows Gossip Girl, Don’t Trust the B—- in Apartment 23, and Doubt.

She is married to Christopher McMahon, with whom she has two children.

Dreama’s paternal grandfather was James Russell Walker (the son of Rowan Walker and Clinton Caroline Hill). James was born in Florida. Rowan was the son of Joseph Payton Walker and Mary Baldree. Clinton was the daughter of James Richmond Hill and Mary Emma Padgett.

Dreama’s paternal grandmother was Cora Belle Scott (the daughter of James Francis Scott and Cora S. Sullivan). James was the son of William Palton Scott and Mary Sophia McGarry. Dreama’s great-grandmother Cora was the daughter of Charles F. O’Sullivan and Addie B. Swett.

Dreama’s maternal grandmother was named Elva Rodriguez (the daughter of a mother surnamed Alverez). Elva was of Puerto Rican descent. A picture of Dreama with her grandmother can be seen here.