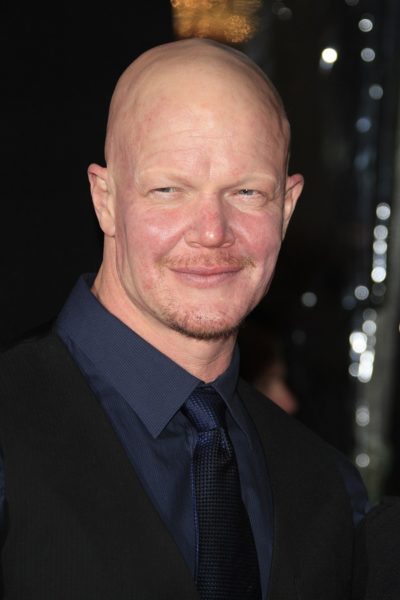 Mears in 2013, photo by Joe Seer/bigstock.com

Derek Mears is an American actor and stuntman. He has played Jason Voorhees in Friday the 13th (2009), among many other roles. He often appears in horror and science fiction projects.

Derek’s paternal grandfather was Everett Levi Mears (the son of Rufus A. Mears and Sarah Etta Luttrell). Everett was born in Missouri. Rufus was the son of John G. Mears and Margaret Tad Patrick. Sarah was the daughter of Joshua Luttrell and Hester Ann/Ada Tooley.

Derek’s paternal grandmother was Hazel Pauline Addison (the daughter of Francis T. Addison and Lydia/Lidia B. Goodman). Hazel was born in Arkansas. Lydia was the daughter of James Pleasanton/Pleasant Goodman and Missouri Alsup.

Derek’s maternal grandfather was Roy James Haven (the son of James Francis Haven and Roxie Verniccia Johnston). Roy was born in California. Derek’s great-grandfather James was the son of James Haven, who was Irish, and of Margaret. Roxie was the daughter of Harry Hughes Johnston and Annie Corinth Michael.

Sources: Genealogy of Derek’s paternal grandfather, Everett Levi Mears (focusing on his own mother’s side) – http://worldconnect.rootsweb.ancestry.com

Genealogy of Derek’s mother (focusing on her mother’s side) – http://worldconnect.rootsweb.ancestry.com