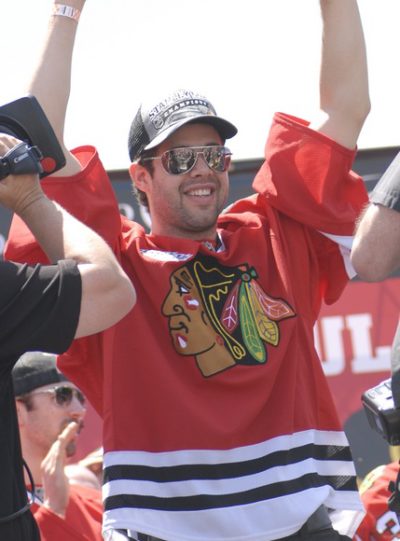 Corey Crawford is a Canadian professional ice hockey goaltender currently playing for the Chicago Blackhawks of the National Hockey League.

Corey is the son of Sylvia and Trevor D. Crawford. Corey is fluent in both French and English.