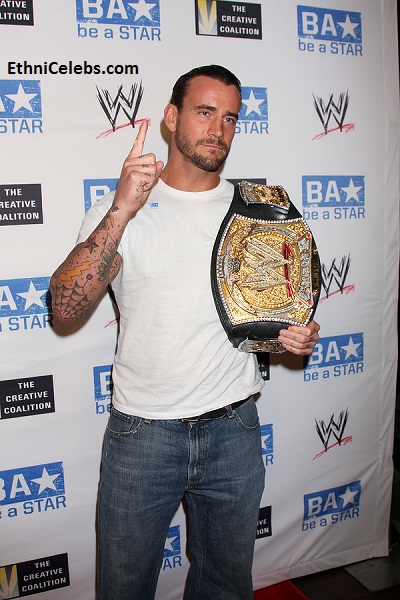 CM Punk in 2011, image via kathclick/Bigstock.com

He was raised in Lockport, Illinois. He stated at a WWE event in Dublin, Ireland, that he has Irish ancestry, and waved the Irish flag in the middle of the ring. His father had English, German, and Irish ancestry. His mother, Harriett Jadwiga (Kowalski), was born in Breitenfelde, Germany, to Polish parents, and lived in the Wentorf resettlement camp. She moved to the U.S. with her family c. 1951.

CM Punk’s paternal grandfather was Clarence J. Brooks (the son of James Wylie Brooks and Mary Jane “Goldie” Masters). Clarence was born in Illinois. CM Punk’s great-grandfather James was the son of Samuel L. Brooks and Emma Fore. Mary Jane was the daughter of Marion Jacob Masters, whose father was German, and of Martha Hite.