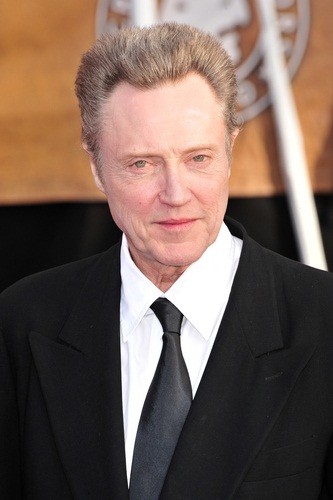 Walken in 2008, image via Featureflash / Shutterstock.com

Christopher Walken is an American actor. He won the Academy Award for Best Supporting Actor for The Deer Hunter (1978).

He was born in Queens, to emigrant parents. His father, Paul Joseph Wälken, was German, from Horst Ander Emscher, Westfalen. His mother, Rosalie (Russell), was Scottish, from Glasgow. She was of Irish and Scottish ancestry.

Christopher’s maternal grandfather was Joseph Egen (the son of Matthew Egen/Egan and Alice Chambers). Christopher did not know the identity of his biological maternal grandfather, Joseph, until he appeared on the show Finding Your Roots with Henry Louis Gates, Jr. (2017). Joseph’s parents were Irish.

While he is not of Italian descent, Walken has played many film characters of Italian heritage, including in the films True Romance (Vincenzo Coccotti), A Business Affair (Vanni Corso), Suicide Kings (Carlo Bartolucci), Illuminata (Umberto Bevalaqua), Joe Dirt (Anthony Benedetti), The Affair of the Necklace (Alessandro Cagliostro), Catch Me If You Can (Frank Abagnale, Sr.), Kangaroo Jack (Salvatore Maggio), The Sentinel (Det. Rizzo), and Jersey Boys (Gyp DeCarlo).