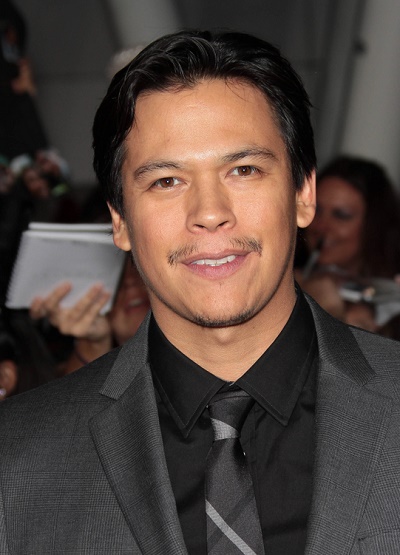 Chaske Spencer is an American actor and producer. He played Sam Uley, the leader of the Wolfpack, in the Twilight films.

Chaske’s maternal grandfather was Louis Youngman (the son of Jacob Youngman and Skechana). The Youngman family were Yankton Dakota.

Chaske’s maternal grandmother was Mary/Marie Eagleman (the daughter of John Eagleman and Good Woman). The Eagleman family were Assiniboine and Sisseton (Santee Dakota).

Chaske’s mother’s obituary described her as “an enrolled member of the Fort Peck Assiniboine and Sioux Tribes of Montana and a direct descendant of Many Roads, Crazy Bull, Medicine Bear, Touches the Cloud and Eagle Man.”