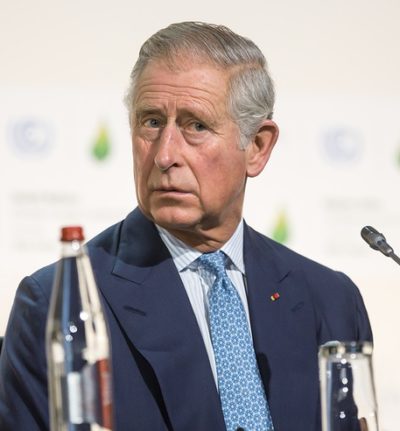 Charles III in 2015, photo by palinchak/Bigstock.com

Charles III is King of the United Kingdom and the other Commonwealth realms, since 8 September, 2022. He is Head of the Commonwealth, and Supreme Governor of the Church of England.

He is the son of Elizabeth II, who was Queen of the United Kingdom and the other Commonwealth realms, from 6 February, 1952 to 8 September, 2022, and Prince Philip, Duke of Edinburgh.

King Charles is married to Camilla, Queen consort of the United Kingdom. With his former wife, the late Diana, Princess of Wales, he is the father of William, Prince of Wales and Prince Harry, Duke of Sussex, and the grandfather of Prince George of Wales and Archie Mounbatten-Windsor, among others.

King Charles’ father Prince Philip was born on Mon Repos in Corfu, an island in the Kingdom of Greece. Though he was often referred to as Greek, he had no ethnic Greek ancestry. A plebiscite in Greece in 1862 decided to have Windsor Castle-born, Prince Alfred of the United Kingdom, later Duke of Edinburgh, become King of Greece, though he could not accept the offer. Eventually, the choice was made as Danish-born, George I of Greece, Prince Philip’s paternal grandfather, who established the family’s royal line in Greece. He adopted the Greek Orthodox faith into which Prince Philip was born. Prince Philip later became Anglican.