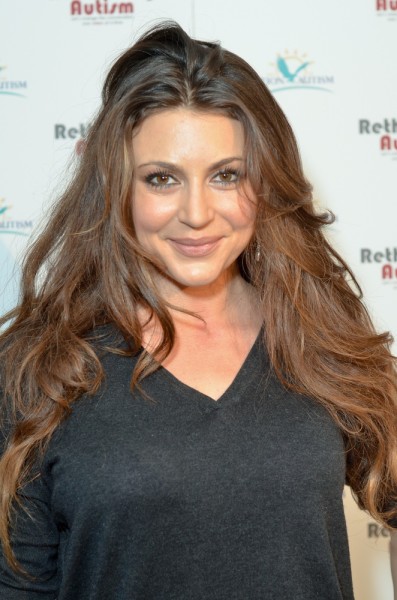 Vincent in 2011, photo by prphotos

Cerina Vincent is an American actress and writer. She is known for her many film and television roles. She plays Maya in the Power Rangers franchise, and has co-starred in the films Not Another Teen Movie and Cabin Fever.

She has a son with her partner Mike Estes.

Cerina’s paternal grandmother was Filomena “Mamie” Mongiello-DeMaio (the daughter of Nicola Perry Mongiello DeMaio and Grazia “Rose”/Rosie DeMaio). Filomena was born in Pennsylvania, to Italian parents, from Solofra, Campania. Nicola was the son of Michelo/Michele Mongiello and Filomena DeMaio. Grazia was the daughter of Vincenzo DeMaio and Carmela Pelacha.

Cerina’s maternal grandfather was Sam Dionisio (the son of Rosario Dionisio and Giuseppa/Jennie DeGrado/DiGrado/di Grado). Sam was born in Colorado, to parents from Lucca Sicula, Sicily, Italy. Rosario was the son of Natale Dionisio and Sebastiana la Rocca. Giuseppa was the daughter of Vito di Grado and Pasquala Cortese.

Cerina’s maternal grandmother was Catherine Raso (the daughter of Girolamo/Jerome Raso and Jennie Piromalli). Catherine was born in Colorado, to Italian parents, from Calabria. Girolamo was from Cittanova. Jennie was the daughter of Joseph Piromalli.