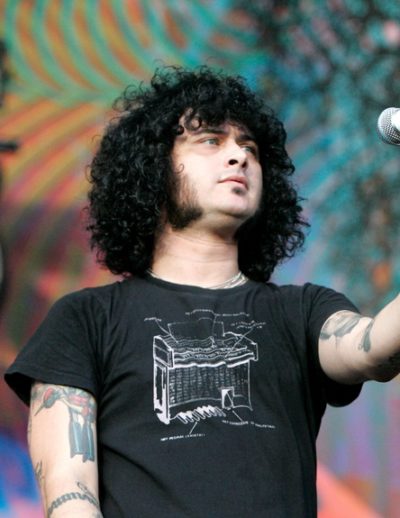 Cedric Bixler-Zavala is an American musician. He is the frontman and lyricist of the progressive rock band The Mars Volta, and frontman and guitarist of the post-hardcore group At the Drive-In. He was also part of the band Foss, with Beto O’Rourke.

His parents are both of Mexican descent, and also have German and Spanish ancestry.

Cedric is married to actress and model Chrissie Carnell, with whom he has two children.

My dads Mexican but his lineage is from the German colonies so most of his side of the family have white skin, blue eyes and freckles. My moms really small with dark skin. Growing up, I learned the value of sticking up for my brown-skinned friends amongst my white-skinned friends.

My family is bilingual. My dad teaches bilingual education in El Paso. His dad was German; that’s why I have colored eyes and lighter skin. My dad’s mom’s Spanish – as in people from Spain – so she had red hair and spoke proper Spanish (Castellano). My Spanish is more lingo – Spanglish, basically. Bordertown Spanish. But my mom is total dark-skinned Mexican.