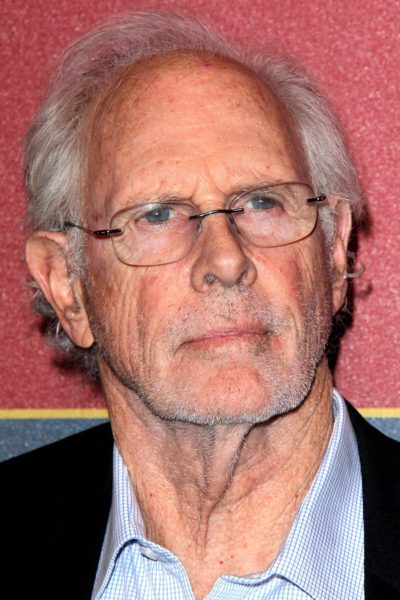 Dern in 2014, photo by kathclick/Bigsotck.com

Bruce Dern is an American actor.

Bruce was raised in Kenilworth, Illinois. He is the son of Jean (MacLeish) and John Dern, a utility chief and attorney. He is married to Andrea Beckett. He has had two children, including actress Laura Dern, with his former wife, actress Diane Ladd.

Bruce has German, English, Scottish, and distant Scots-Irish/Northern Irish, Dutch, and Welsh, ancestry. He has deep Colonial American roots, tracing to Massachusetts in the 1600s.

Bruce’s paternal grandfather was George Henry Dern (the son of Johannes/John Dern and Elisabeth/Elizabeth Margarita Dern). George was born in Nebraska, and was a Democratic politician, who was the 6th Governor of Utah, from January 5, 1925 to January 2, 1933, and the 52nd U.S. Secretary of War, from March 4, 1933 to August 27, 1936, serving at the time of Bruce’s birth. Johannes and Elisabeth were German emigrants, who were born with the same surname. Johannes was born in Hausen, Pohlheim, Gießen, Hessen, the son of John Dern and Katharine/Katherine Hoffman. Elisabeth was the daughter of Conrad Dern and Mary Katherine Dern.

Bruce’s paternal grandmother was Charlotte “Lottie” Brown (the daughter of William Steele Brown and Ida Belle Martin). Charlotte was born in Nebraska. William was the son of Isaac Harrington Brown and Sarah Ellen Fee. Ida was the daughter of Hugh Wiley Martin and Joanna Roscoe.

Bruce’s maternal grandfather was Bruce MacLeish (the son of Andrew MacLeish and Martha Hillard). Bruce Dern’s grandfather Bruce was born in Illinois, and was chairman of the Carson, Pirie, and Scott stores. Andrew was a Scottish emigrant, born in Glasgow, Lanarkshire, who was a prominent businessperson, and who had founded Carson, Pirie, and Scott’s retail department store. He was the son of Archibald MacLeish and Agnes Lindsay. Martha was born in Hadlyme, East Haddam, Middlesex, Connecticut, the daughter of The Rev. Elias Brewster Hillard and Julia Whittlesey. Bruce Dern’s grandfather Bruce MacLeish was the brother of Archibald MacLeish, a noted poet, who was Librarian of Congress, from 1939 to 1944, and the 1st Assistant Secretary of State for Public Affairs, from 1944 to 1945; and of WWI Naval aviator, Kenneth MacLeish.