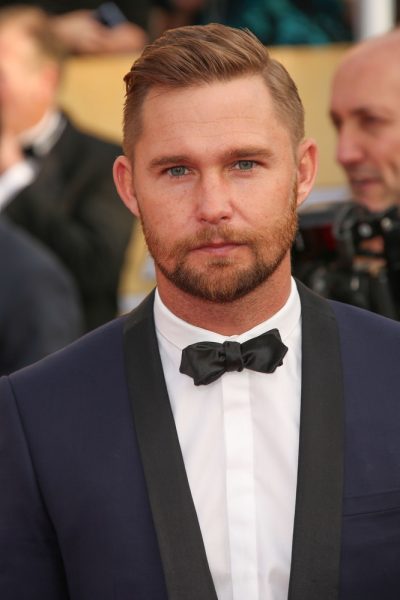 Brian Geraghty is an American actor. His roles include the films Jarhead, When a Stranger Calls, Art School Confidential, Bobby, The Guardian, We Are Marshall, I Know Who Killed Me, The Hurt Locker, 10 Years, ATM, Flight, and Extremely Wicked, Shockingly Evil and Vile, and the series Boardwalk Empire, Chicago P.D., The Alienist, and Big Sky.

He is the son of Mary and Dennis Geraghty, a bus driver.

Brian’s paternal grandmother was Gertrude Rosemary Murray (the daughter of Lawrence Murray and Mary Agnes Lagan). Gertrude was born in New York. Lawrence was the son of Irish immigrants, Peter I. Murray and Delia/Della Hogan. Mary was the daughter of John Lagan, whose father, and maternal grandparents, were Irish, and of Anna G. Coleman, an English emigrant, from Kent.

Brian’s maternal grandfather was Louis Paul Cassano (the son of Francesco “Frank” Cassano and Caterina “Catherine” Fusaro). Louis was born in the Bronx, New York, to Italian emigrants, from Ruvo de Puglia, Bari, Puglia. Francesco was the son of Salvatore Cassano and Maxianna Zanni. Caterina was the daughter of Luigi Fusaro and Elisabetta Amenduni.