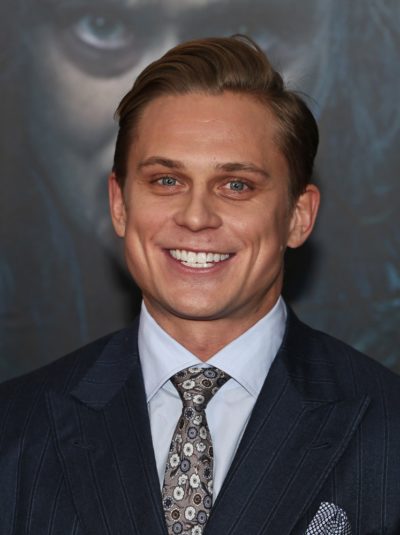 Billy Magnussen is an American actor and musician. He is known for his roles in the films Into the Woods, Bridge of Spies, Birth of the Dragon, Game Night, Aladdin (2019), The Many Saints of Newark, and No Time to Die.

His father is of one quarter Norwegian, and three quarters German, descent. His maternal grandparents were ethnic Lithuanian immigrants, born in Latvia.

Billy’s paternal grandmother was Ruth Drucker (the daughter of William/Wilhelm Joseph Drucker and Augusta Brettschneider). Ruth was born in New York. William was a German emigrant, from Ruhrort, Duisburg, and was the son of Friedrich Joseph Thomas Drücker and Louise Neuhaus. Augusta was the daughter of Alvin Brettschneider/Bretschneider, a German immigrant, and of Victoria Cigler, who was born in New York, also of German origin.

Genealogy of Billy Magnussen (focusing on his mother’s side) – http://www.geni.com