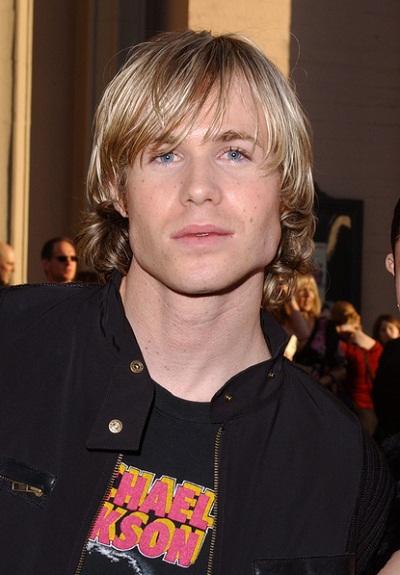 Ashley Parker Angel is an American singer, songwriter, and actor. He was a member of boy band O-Town, along with Erik-Michael Estrada, Dan Miller, Trevor Penick, and Jacob Underwood. He has also been billed as Ashley Parker.

Ashley is the son of Paula and Darren Parker. He was named after the character Ashley Wilkes, of Gone with the Wind. His parents divorced when Ashley was two years old, and he was adopted by his stepfather Ron Angel. Ashley has a son with his former fiancée, model Tiffany Lynn Rowe.

Ashley’s maternal grandfather was Alfred Paul Vollmers (the son of Shelby Allison Vollmers and Sarah Ruth “Sadie” Miller). Alfred was born in California. Shelby was the son of William Vollmers, whose parents were German, his father from Hamburg and his mother from Schleswig-Holstein; and of Lucy Jane Allison.

Ashley’s maternal grandmother was Midge/Mildred Ward (the daughter of Harry Hayward Ward and Alta Rose Miller). Midge was born in California. Harry was the son of Francis M. Ward and Nancy J. Davis. Alta was the daughter of Marshall Edmund Miller and Rosaltha Hoffman.