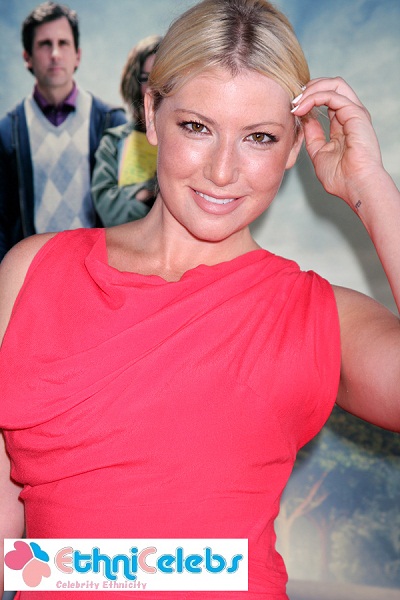 Ari Graynor is an American actress.

Ari’s father, Gregory Graynor, is of Polish (Catholic) ancestry, and converted to Judaism. Ari’s mother, Joani Geltman, is from a Jewish family (from Poland and Russia). Ari was raised Jewish. She has said:

[I feel] very connected to the traditions of Judaism and I feel very Jewish in a lot of ways, yet I’m not religious. I did have a bat mitzvah and have gone to some very casual services. But I don’t actually know that much about the religion.

Ari’s maternal grandfather was Irving Robert Geltman (the son of Jacob Geltman and Rebecca Potschaft). Jacob was born in Levitof, Poland, the son of Tsudik “Charles” Geltman and Fayga. Rebecca was the daughter of Bentsen Potschaft and Fayga/Fannie Hena, who were born in Lublin, Poland.

Genealogy of Ari Graynor (focusing on her mother’s side) – https://www.geni.com