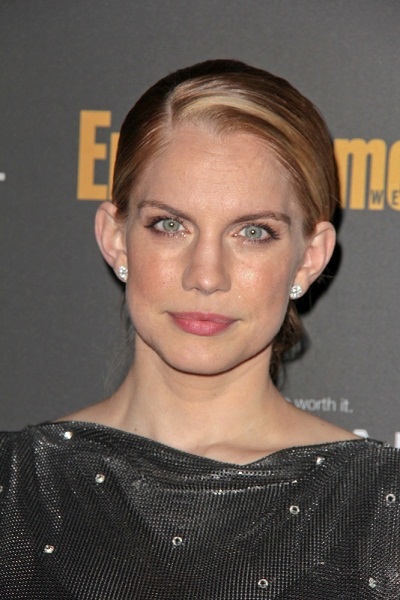 Anna Chlumsky is an American actress. She has starred in the films My Girl, My Girl 2, Trading Mom, and In the Loop, and on the show Veep.

Anna’s father is of Bohemian Czech descent, and Anna’s mother is of three quarters Bohemian Czech and one quarter Croatian, ancestry. Their families have lived in the U.S. for several generations.

Anna is married to Army Reserve member Shaun So, with whom she has two children.

Anna’s paternal grandmother was Joan M. Zitek (the daughter of James E. Zitek and Nellie Yofans/Yofons). Jamie was born in Illinois, the son of Bohemian parents, Emil Zitek and Marie/Mary Peckova. Nellie was the daughter of John Yofons and Minnie Theodore.

Anna’s maternal grandfather was Edward V. Zuncic (the son of Frank Zuncic and Agnes Pjajk/Peka/Jaromir). Edward was born in Illinois. Frank was born in Kukunjevac, now in Croatia. Agnes was born in Czechoslovakia, the daughter of James Jaromir and Frances Fiser.