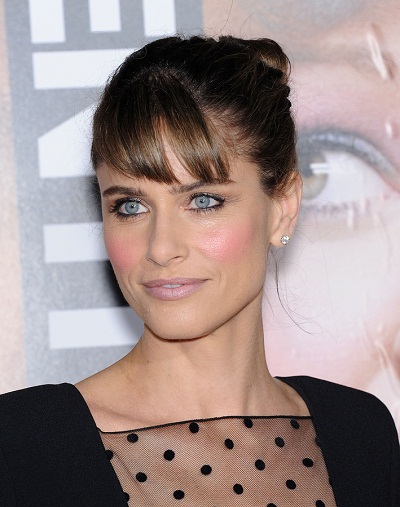 Peet in 2013, photo by DFree/Bigstock.com

Amanda Peet is an American actress and author.

Amanda is the daughter of Penny and Charles Peet. Her father is a Quaker, of English, and some Scottish and German, descent. Amanda’s mother is Jewish, of German Jewish, Russian Jewish, and Hungarian Jewish descent. Amanda is married to writer and producer David Benioff. The couple has three children.

Amanda’s paternal grandfather was Charles D. Peet (the son of James Oliver Peet and Anna Louisa/Louise Killeen). Charles was born in Michigan, and was of English descent, with many family lines going back in the U.S. to the 1600s. James was the son of Kosciusko Pulaski Peet and Lydia Maria Sage. Anna was the daughter of George Drake Killeen and Cornelia Rosalie Whaley.

Amanda’s paternal grandmother was Margaret Louise Sherman (the daughter of Harry Melville Sherman and Elise Pauline Wilhelmina Stickels/Stackel). Margaret was born in Michigan. Harry was of English and Scottish descent, the son of Eber Crandall Sherman and Margaret/Margarett “Maggie” McIntosh. Elise was the daughter of Wilhelm Stickels/Stackel, who was German, and of Louisa/Louise Prey, who was born in Michigan, to German parents.

Amanda’s maternal grandmother was Beta Rothafel (the daughter of Samuel Lionel Rothafel and Rosa Freedman). Beta was born in Minnesota. Samuel, known as “Samuel Roxy Rothafel,” was a theatrical impresario and entrepreneur. Samuel was born in Minnesota, to German Jewish parents, Gustave Rothafel/Rothapfel and Cecilia/Cecelia Schwessens/Schwerzens. Rosa was a Hungarian Jewish immigrant, the daughter of Julius Freedman.