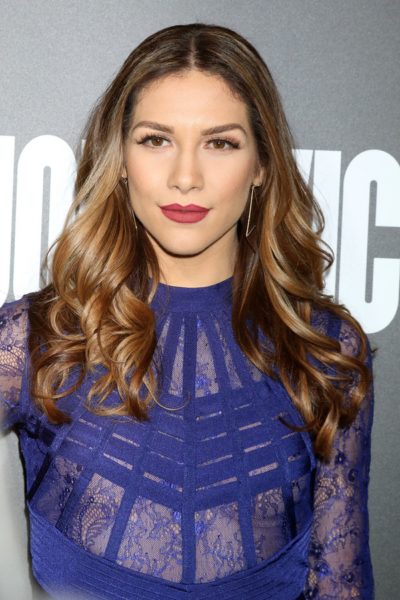 Holker in 2017, photo by kathclick/www.bigstockphoto.com/

Allison Holker is an American dancer, choreographer, and actress. She is known for her work on So You Think You Can Dance.

Allison was raised mostly in Orem, Utah. She was married to freestyle hip hop dancer, choreographer, actor, television producer, and television personality Stephen “tWitch” Boss, until his death. The couple had three children. They appeared together on So You Think You Can Dance.

Allison’s paternal grandfather was Richard Norbert Holker (the son of Louis Holker and Emma C. Diederichs/Diedrichs). Richard was born in Minnesota. Louis was the son of German parents, Herman Holker and Anna Bittman. Emma was the daughter of Mathias Diedrichs, Jr., who was German, and of Barbara Steiner, whose parents were German.

Allison’s paternal grandmother was Isabel May/Mary Ostvig (the daughter of Albert Ogaard Ostvig and Annie Isabel Riggs). Isabel was born in Minneapolis, Minnesota. Albert was the son of Norwegian parents, Martin C. Ostvig and Synava/Synneva A. Qualey/Iuale. Annie was the daughter of Ashley Crowl Higgs and Deborah Houghton.