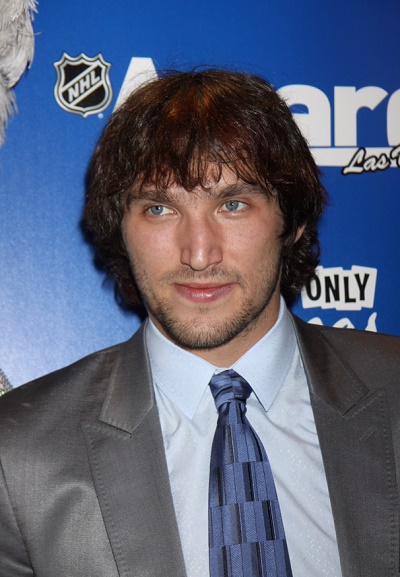 Ovechkin in 2009, photo by Prphotos.com

Alexander Ovechkin is a Russian professional ice hockey player and captain. He was the first overall pick in the 2004 NHL Entry Draft, and was selected by the Washington Capitals. He is an ice winger and captain of the Capitals. He is known as “Ovi,” “Ovie,” and “the Great Eight.”

Alexander is the son of Tatyana Kabaeva and Mikhail Ovechkin. His father is a soccer player. His mother is a basketball player, who was a two-time Olympic Gold medalist, in 1976 and 1980. He is married to Nastya Shubskaya, with whom he has two children. Nastya is the daughter of actress and film director Vera Glagoleva.

Alexander’s mother is said to be Mordvin. It is not clear if this is accurate.