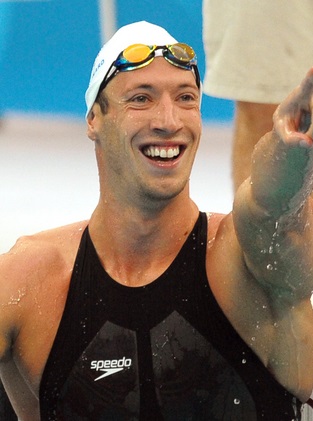 Alain Bernard is a French swimmer. He has volunteered in the Gendarmerie.