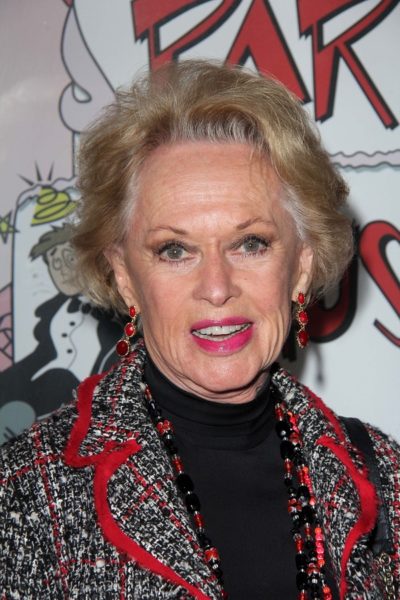 Hedren in 2013, photo by s_bukley/Bigstock.com

She is the daughter of Dorothea Henriette/Henrietta and Carl Bernard “Ben” Hedren. With her former husband, late advertising executive and actor Peter Griffith, she is the mother of actress Melanie Griffith, and the grandmother of actresses Dakota Johnson and Stella Banderas. Tippi’s father was of Swedish descent and Tippi’s mother was of half German and half Norwegian ancestry.

Tippi’s paternal grandfather was Mattias/Mathias J. Hedren (the son of the son of Olof Jonasson and Kristina/Christina Andersdotter Floberg). Mathias was Swedish, and was born in Vinsater, Jarbo, Dalsland.

Tippi’s maternal grandfather was Charles “Charley” Eckhardt (the son of Frederick Eckhardt and Amelia Stubbe). Charles was born in New York, to German parents. Amelia was born in Hanover, Lower Saxony, the daughter of Ferdinand Stubbe.

Genealogy of Tippi Hedren (through her granddaughter Dakota Johnson) – http://famouskin.com