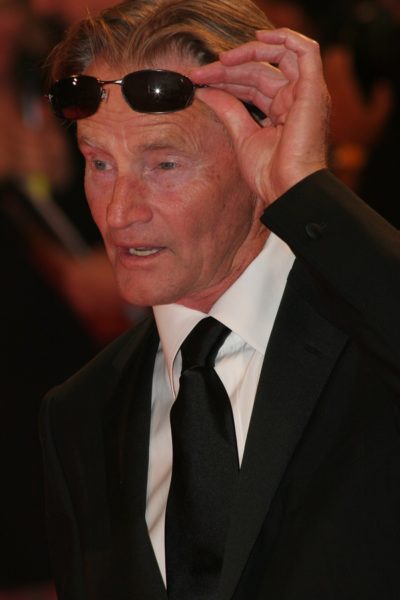 Shepard in 2007, photo by Denis Makarenko/Bigstock.com

Sam Shepard was an American actor, writer, and director.

Sam’s paternal grandmother was Helen Dodge (the daughter of Herbert Andrew Dodge and Maude/Maud Nash). Helen was born in Illinois. Herbert was the son of Leonard/Lemuel Porter Dodge and Mary Blanche/Blanch Carpenter. Maude was the daughter of Daniel A. Nash and Hannah L. Eastmead.

Sam’s maternal grandmother was Amy Victoria/Louisa Byron (the daughter of Richard Bynon and Elizabeth Scollic/Scollick). Amy was born in Michigan, to English parents. Richard’s own father was Scottish.

Genealogy of Sam Shepard (focusing on his father’s side) – http://worldconnect.rootsweb.ancestry.com