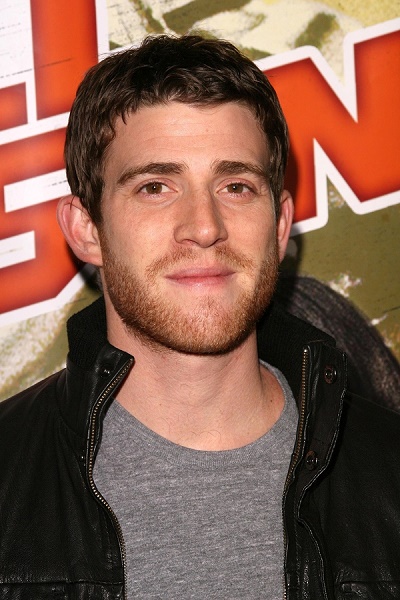 Greenberg in 2008, photo by s_bukley/Bigstock.com

Bryan Greenberg is an American actor and singer. He has appeared in the films The Perfect Score, Prime, Bride Wars, and Friends with Benefits, and the shows October Road and How to Make It in America. His parents are both Jewish (of Hungarian Jewish, German Jewish, and Russian Jewish descent). Bryan was raised in Conservative Judaism.

Bryan is married to actress and television personality Jamie Chung, with whom he has two children. Bryan and Jamie starred in the film Already Tomorrow in Hong Kong together.

Bryan’s paternal grandmother was Florence Honig (the daughter of Charles Honig and Rose Hochman). Florence was born in New York, to Hungarian Jewish parents. Bryan’s great-grandfather Charles Honig was the son of Leopold/Louis/Lewis Henig/Honig and Peppie/Bettie Brand. Rose was the daughter of Herman Elchanan Zvi Hochman, from Siroko, Ungarn, and of Resi/Rachel Goodman.

Bryan’s maternal grandfather was Hans/John Julius Barsdorf (the son of Ernest L. Barsdorf and Fannie/Fanny Putzel). Hans was born in Germany, to a Jewish family, and came to the United States in 1937 to escape the Nazis.

Bryan’s maternal grandmother was Betty Zusin (the daughter of Alex/Aleck Zusin and Ethel Claire Goldberg). Betty was born in New York, to Russian Jewish parents. Alex was the son of David Abraham Baruch/Berka Zusin and Elizabeth/Lifsche/Lisa Soloway Levine. Ethel was the daughter of Max S. Goldberg and Dorothy Wanamaker. Greenberg in 2007, photo by David Shankbone

Genealogy of Bryan Greenberg (focusing on his father’s side) – https://www.geni.com