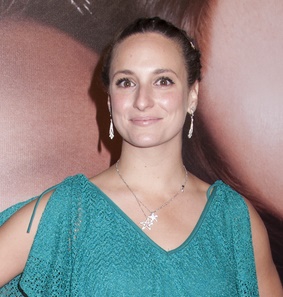 Her father is Albanian, of the Albanian Orthodox religion. Her mother is of Irish and Italian descent. and is Catholic.