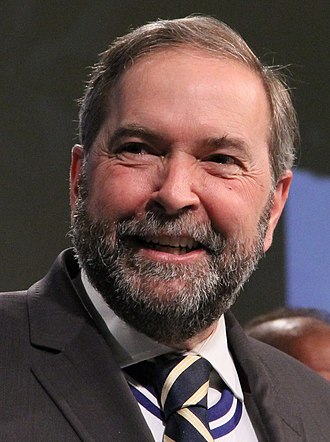 Tom’s father, Harry Donnelly Mulcair, was of Irish descent. Tom’s mother, Jeanne (Hurtubise), was born to a family of French-Canadian, and a small amount of Irish, ancestry. Tom’s maternal great-great-grandfather, Honoré Mercier, was the 9th Premier of Quebec (from 1887 to 1891). Through his maternal Chauveau line, Tom is also a great-great-great-grandson of Pierre-Joseph-Olivier Chauveau, the 1st Premier of Quebec (from 1867 to 1873).

Tom is married to psychologist Catherine Pinhas, with whom he has two children. Tom is Catholic, while his wife Catherine is a Sephardi Jew (her family is from Turkey). Catherine is the daughter of Lydia Perez and Raphaël Pinhas.