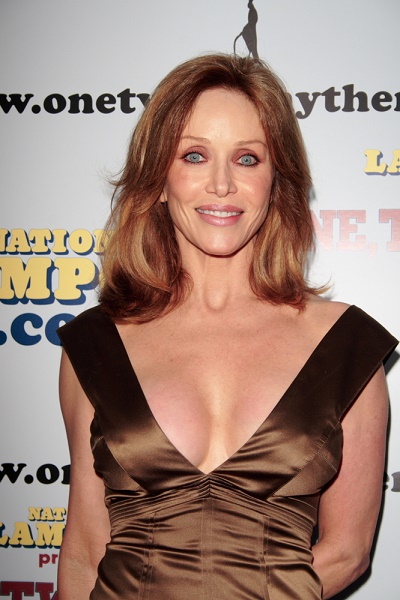 Roberts in 2008, photo by Prphotos

Tanya Roberts was an American actress, producer, and model. She is known for her roles in the James Bond film A View to a Kill, the adventure Sheena, and the series Charlie’s Angels.

Tanya was the daughter of Dorothy Leigh (Smith) and Oscar Maximilian Blum. Her father was born in New York, to an Ashkenazi Jewish family. Her mother was an English emigrant, who was born in Oldham. Her parents married in England in 1945.

Other versions of her background found on the internet or in the press (Irish father, Jewish mother) are not correct, though her mother may have had Irish ancestry.

Tanya was married to screenwriter Barry Roberts, until his death. Barry was Jewish.

Tanya’s sister is filmmaker Barbara Blum Chase, who was married to psychologist and writer Timothy Leary.

Tanya’s paternal grandmother was named Bertha Roth. Bertha was born in New York, to Hungarian-born parents, or in Budapest, Hungary.