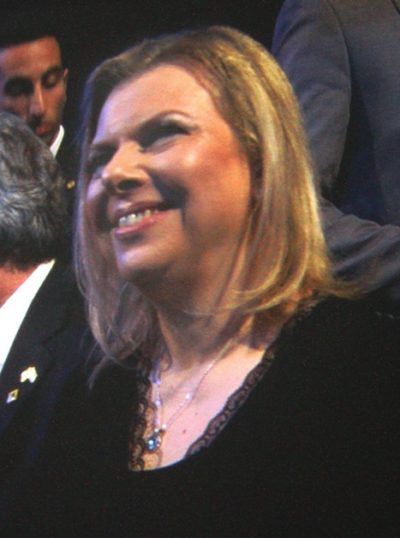 Sara Netanyahu is an Israeli educational and career psychologist. She is the wife of Benjamin Netanyahu, who has been Prime Minister of Israel, from 1996 to 1999, and again, from 2009 to 2021. They have two children.

Sara is the daughter of Chava/Hava (Paritzky‎‏) and Shmuel Ben-Artzi (born Samuel Han/Haan), a writer, poet, and educator. Her father was born in Biłgoraj, Congress Poland, Russian Empire. Her mother is a sixth-generation Jerusalemite.