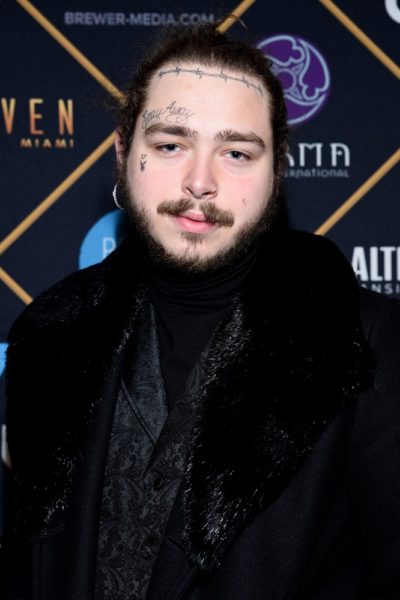 Post Malone is an American rapper, singer, songwriter, and record producer. He was born in Syracuse, New York, to Nicole and Richard Lloyd Post, Jr. He grew up in Grapevine, Dallas, Texas, with his stepmother, Jodie, and father, the manager of concessions for the Dallas Cowboys. He is also known as Young Stoney.

Post’s ancestry is one quarter Polish, along with English, a small amount of Scottish, and distant Dutch. Through many of his family lines, he has deep roots in upstate New York, going back to Colonial America in the 1600s. He has stated that he is of part Native American descent. It is not clear if this is accurate.

Post is often asked about his ethnic background and being a “white rapper” with cornrows, and the discussion of “culture vulture” has come up early in his career.

He credits his father as the one who introduced him to hip hop with Lean Back by Fat Joe being the first hip hop track he listened to.

Post Malone’s patrilineal line can be traced to Stephen Post, who was born, c. 1804, likely in Orange County, New York.