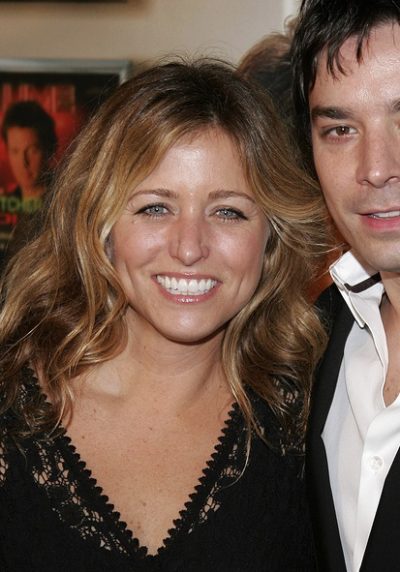 Nancy Juvonen is an American film producer. She is the owner of production company Flower Films, alongside Drew Barrymore.

Nancy is married to television host Jimmy Fallon, with whom she has two children.

Nancy’s paternal grandfather was Aaro Wilhelm/William Juvonen (the son of Wilhelm/William Juvonen and Ida Hyvönen). Aaro was born in California, to Finnish parents. Nancy’s great-grandfather Wilhelm was born in Vuosalmi, Muolaa, the son of Staffan Philipsson Juvonen and Hedvig Henriksdotter Majuri. Ida was the daughter of Henrik Johan Hyvönen, from Nilsiä, and of Anna Maria Määttä, from Keyritty.

Nancy’s maternal grandmother was Barbara Buell Welts (the daughter of Robert Victor Welts and Persis Buell). Robert was the son of Richard Opdyke Welts and Edith Peck, who was from Canada. Persis was the daughter of Fred J. Buell and Carrie May Reel/Reil, whose father, Theodore Reil, was German, and whose mother, Martha Maria Bradshaw, had Northern Irish roots (from County Down).

Information about the Bradshaw family – http://www.ralstongenealogy.com