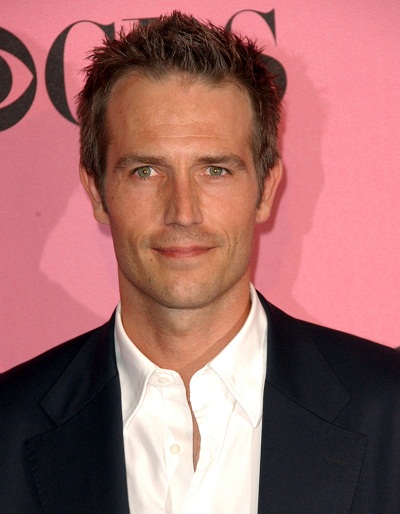 Michael Vartan is a French and American actor. He is known for his role on the television series Alias.

Michael was born in Boulogne-Billancourt, France, the son of Doris (Pucher) and Eddie Vartan, a music producer. He is bilingual, speaking English and French. His aunt (his father’s sister) is singer Sylvie Vartan. Michael’s first cousin is French singer David Hallyday, who is the son of Sylvie and French singer and actor Johnny Hallyday.

The funny thing is I’m actually a Polish Jew who happens to be born in France. My mom is Polish and my dad is Bulgarian. I don’t have an ounce of French blood. But I work it.

Michael’s paternal grandfather was Georges Robert Vartan (the son of Robert Vartan and Slava/Slavea Torloff). Georges was born in Champigneulles, France. Robert was of Armenian descent (his father was Hagop Vartanian, and the surname was shortened). Slava was Bulgarian.

Michael’s paternal grandmother was Ilona A. Mayer (the daughter of Rudolf/Rudolph Mayer and Roza Passlouchny). Ilona was of Hungarian Jewish background.

Michael’s maternal grandmother was named Christel/Crystal Ruth. Christel was born in Hohenstein, East Prussia, possibly the town that is now Olsztynek, Poland. She re-married to an American after WWII.

Genealogy of Michael Vartan (focusing on his father’s side) – https://www.geni.com