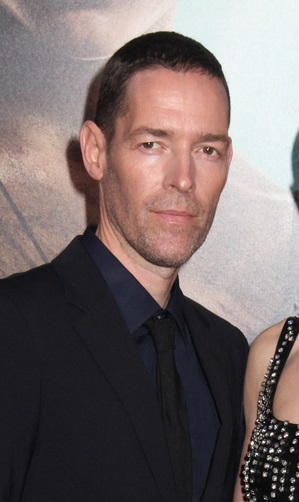 Michael Polish is an American screenwriter and film producer. Michael and his twin brother Mark Polish are informally known as the Polish brothers filmmaking team.

His father is from Montana, and has Croatian, English, German, and one eighth Czech, ancestry. His mother is of Mexican descent, and was born in Nogales, Sonora, Mexico.

His niece is actress Logan Polish, who is Mark’s daughter.

Michael’s paternal grandfather was Matthew Thomas “Matt” Polish (the son of Mathias/Matthew Polish and Agathia/Agnes “Aggie” Tadevech/Todovich). Michael’s grandfather Matthew was born in Montana. Mathias was born in Agram, Austria (now Zagreb, Croatia), the son of Joseph Polish and Mary Thomanovich. Agathia was also born in Croatia. Mathias and Agathia were listed as Croatian speakers on the 1920 U.S. Census.

Michael’s paternal grandmother was Iva May G. Bourn (the daughter of William M. Bourn and Nettie Malinda Stepanek). Iva was born in Nebraska. William was the son of Joseph Mortimer Bourn and Elizabeth Buffington. Nettie was the daughter of Joseph Stepanek, who was from Bohemia, and of Anna Emma Statzer, whose parents were German.