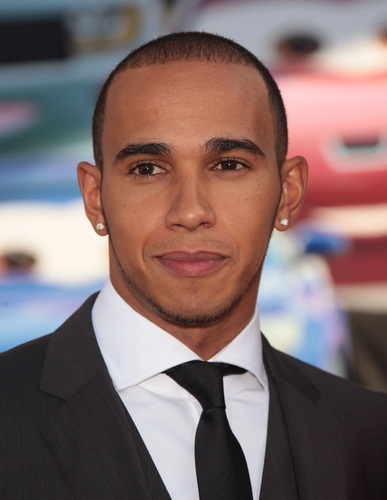 Lewis Hamilton is a British Formula One driver.

He is the son of Carmen Brende (Larbalestier) and Anthony Hamilton. His father is of black Grenadian descent. His mother is a white English woman, whose own ancestry includes distant Channel Islander (Jersey and Guernsey). Lewis wears the Grenada colors on his racing helmet. A picture of Lewis with his father can be seen here.

Lewis’s maternal grandmother was Eileen Annie Towers (the daughter of Herbert Edward Towers and Edith Rose Newman). Eileen was born in Stourbridge, Worcestershire, England. Hebert was the son of William Towers and Elizabeth. Edith was the daughter of Samuel Rose and Fanny Newman.