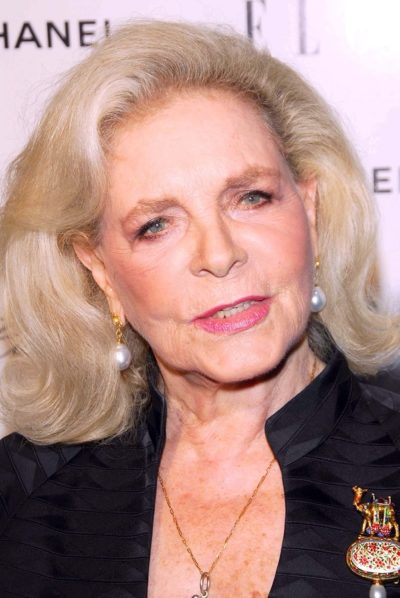 Bacall in 2007, photo by s_bukley/Bigstock.com

Lauren Bacall was an American actress and model. She starred in the films To Have and Have Not (1944), The Big Sleep, Key Largo, How to Marry a Millionaire, The Shootist, and The Mirror Has Two Faces, among many others.

Her father, Wulf/William Perske, was born in New Jersey, to Polish Jewish parents. Her mother, Natalie Weinstein-Bacal, was a Romanian Jewish emigrant.

Through her father, Lauren was a relative of Israeli Prime Minister and President Shimon Peres, who was born Szymon Perski (though Shimon Peres had said that they were not first cousins, as has sometimes been reported). Lauren was married to actors Humphrey Bogart, until his death, and Jason Robards. She had two children, including writer and producer Stephen Humphrey Bogart, with Humphrey and a son, actor Sam Robards, with Jason.