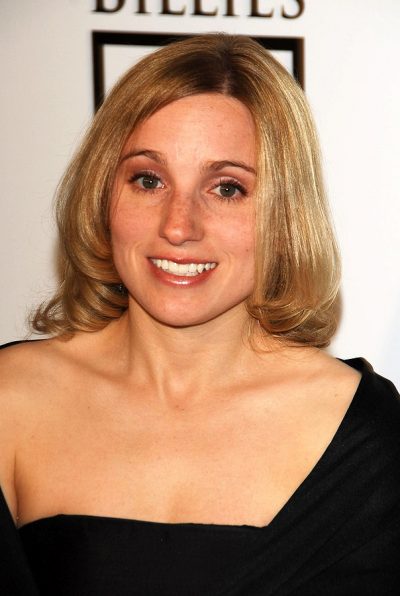 Strug in 2006, photo by s_bukley/Bigstock.com

Kerri Strug is an American gymnast. She was a member of the victorious all-around women’s gymnastics team at the 1996 Summer Olympics.

She is married to attorney Robert Fischer, with whom she has two children.

Kerri’s paternal grandmother was named Jenny Salomon (the daughter of Abe Salomon and Mollie S.). Jenny was born in Louisiana, to a Polish Jewish father and Lithuanian Jewish mother.

Source: Genealogy of Kerri Strug (focusing on her father’s side) – https://www.geni.com