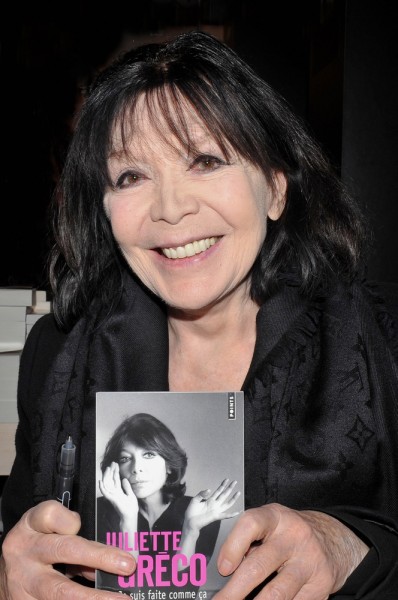 Juliette Gréco was a French actress and cabaret singer.

Her father, Louis Gerald Greco, was of Corsican Italian descent. Her mother, Juliette Lafeychine (Gaubry), was French, from Bordeaux. Juliette was married to pianist Gérard Jouannest, until his death. She had a daughter with her former husband, actor Philippe Lemaire.

Juliette was said to have some degree of Greek ancestry. It does not appear that this is accurate.

Genealogy of Juliette Greco (focusing on her father’s side) – http://gw.geneanet.org