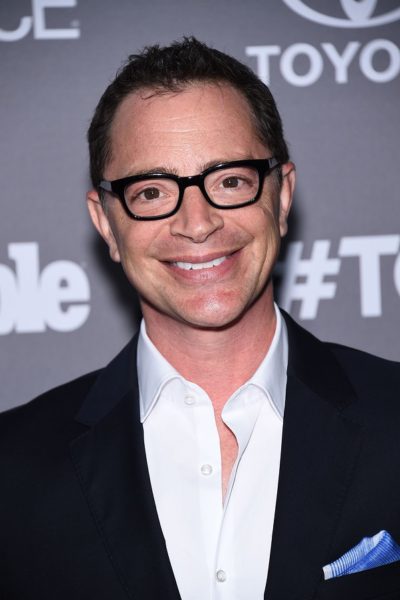 Malina in 2015, photo by DFree/www.bigstockphoto.com

Joshua Malina, also credited as Josh Malina, is an American film and stage actor. He is known for his roles on the shows The West Wing, Sports Night, and Scandal, among others.

Joshua is the son of Fran and Robert Malina, who was an attorney, investment banker, and Broadway producer. His family was part of Young Israel of Scarsdale, an Orthodox synagogue. Joshua was raised in New Rochelle, New York. He speaks fluent English, French, Hebrew, and Portuguese. He is married to costume designer Melissa Merwin, with whom he has two children. Melissa is a convert to Judaism.

Joshua has stated, “Most people think I’m Latino. In fact, ‘Malina’ is Polish for raspberry.”

Joshua’s paternal grandfather was Willie Malina (the son of Moshe/Moritz Malina and Alte Rubin). Willie was born in New York, to parents from Russia. Moshe was the son of Mordechai Malina, who was born in Poland, and died in Jerusalem, Israel, and of Malke Goldie.

Joshua’s paternal grandmother was named Jean/Jenney Kutlowitz (the daughter of Jacob Kutlowitz and Mollie/Molly). Jean was born in New York, to parents from Russia.

Joshua’s maternal grandfather was Herman Michaels (the son of Leopold Michaels and Bettie Michaelofsky). Herman was born in Vermont, to parents from Russia.

Joshua’s maternal grandmother was Mathilda “Tillie” Scherr (the daughter of Hyman Scherr and Fannie/Jamie Blaolnsly). Mathilda was born in New York, to parents from Russia.

A DNA test whose results Joshua displayed on his Twitter page stated that his genetic ancestry is: