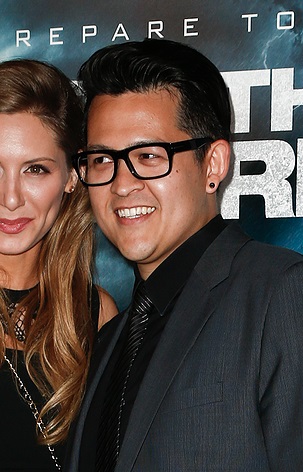 Swetnam in 2014, photo by Debby Wong/Bigstock.com

His father is American, from Maine, and is mostly of English, Scottish, and Cornish descent. His mother is from Thailand. He was raised in Japan, England, Korea, Maine, Tennessee, Florida, and California.

John’s paternal grandfather was Gerald Wardrope Swetnam (the son of The Rev. John Alexander Swetnam and Amy Louise Prowse). Gerald was born in Nova Scotia, Canada. The Rev. John was born in Wolverhampton, England, the son of William Swetnam and Ellen Wood. Amy was born in Canada, the daughter of Joseph Jarvis Prowse, whose parents were English, and of Emma Victoria Richards.

John’s paternal grandmother was Ina Mae True (the daughter of Arthur William True and Beatrice Ann Todd). Ina was born in Canada. Arthur was born in Vermont, the son of George M. True and Ida M. Kneeland. Beatrice was born in Maine, the daughter of Harry Clifford Todd and Marion Irene Rodgerson, whose father was from Scotland.