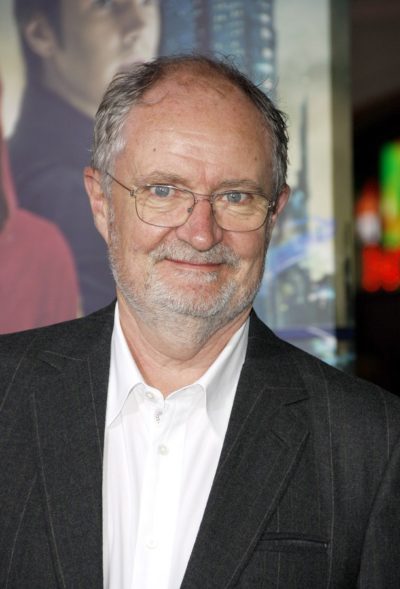 Broadbent in 2012, photo by Starfrenzy/Bigstock.com

Jim Broadbent is an English actor and comedian. He won the Academy Award for Best Supporting Actor for Iris (2001).

He is the son of Doreen (Findlay), a sculptor, and Roy Laverick Broadbent, a sculptor, artist, interior designer, and furniture maker. Jim is married to painter and theatre designer Anastasia Lewis.

Jim’s paternal grandfather was Horace Broadbent (the son of Thomas Broadbent and Ellen Crabtree). Horace was born in Huddersfield, Yorkshire, England. Thomas was the son of George Broadbent and Mary Kaye. Ellen was the daughter of John Crabtree and Ann Stansfield.

Jim’s paternal grandmother was Frances Josephine Snowball (the daughter of George Laverick Snowball and Fanny Ann James). Frances was born in Newcastle Upon Tyne, Northumberland, England. George was the son of William Snowball and Emma Dickinson Laverick. Fanny was the daughter of Joseph James and Ann Young.