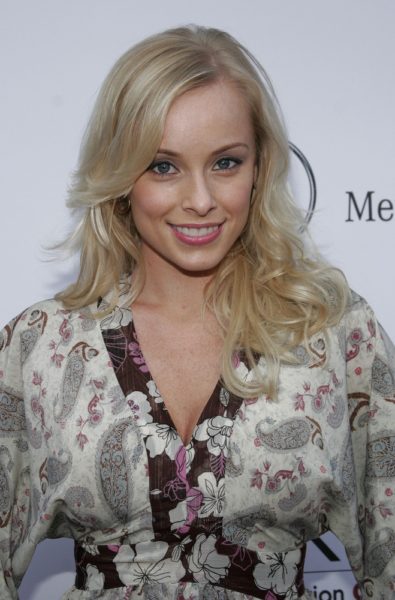 Bergman in 2006, photo by Prphotos.com

Jaime Bergman is an American model and actress.

Jaime is the daughter of Susan Scallion and Ronald Bergman. She is married to actor David Boreanaz, with whom she has two children.

Jaime’s father is of one quarter Swedish and three quarters English descent.

Genealogy of Jaime’s paternal grandmother, Clarice Smith (focusing on her own father’s side) – http://worldconnect.rootsweb.ancestry.com